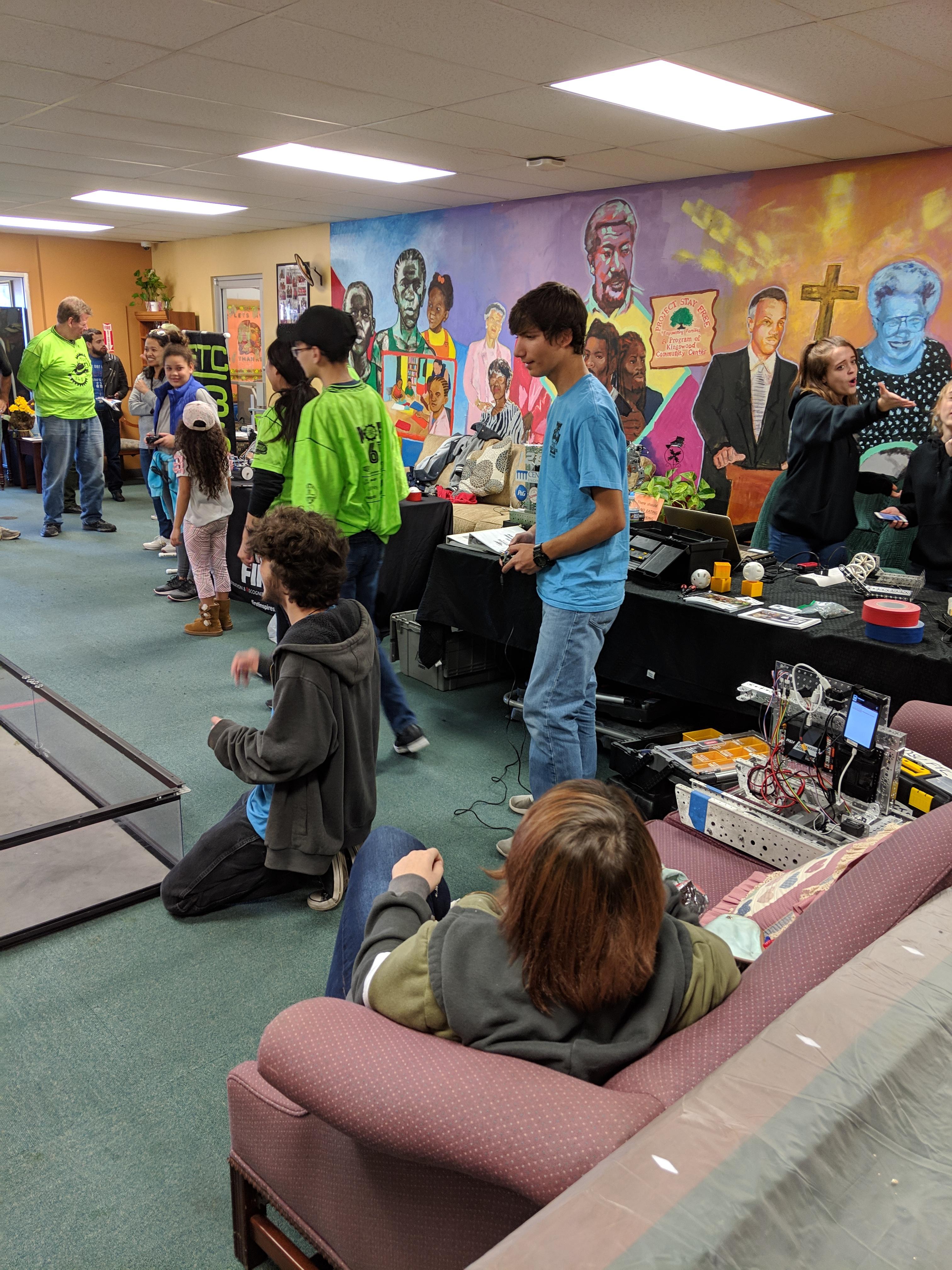 What more could you want in a Sunday afternoon with the family? During Delaware Innovation Week, Tapp Network was excited to partner with Kingswood Community Center to bring local FIRST robotics teams to #DiW2018. Members of the local community got a chance to drive different robots, experience Virtual Reality and even build their own robot. Feeling some serious FOMO? Not to worry, we'll tell you what went down but first, some backstory.

Yeah you read that right. FIRST (For Inspiration and Recognition of Science and Technology) is an international nonprofit dedicated to using competitive robotics as a tool to build people. This education based nonprofit can be found in 95+ countries with four different programs geared toward students ages 6 to 18. Instead of writing a paragraph on how impactful the program is, just watch this video that better explains it:

You might be wondering what Tapp has to do with robots. One of our newer hires, Nikki (Panda) is a 13 year veteran of the program. Nikki volunteers at events, mentors, and advocates for STEM (Science, Technology, Engineering, Math) education and for women in STEM. As a purpose-driven digital based company, it made sense to bring an innovative STEM program to DiW. Inspiring youth to pursue STEM in some fashion ensured everyone can get involved with Delaware Innovation Week.

In the 30 years of FIRST's existence, Delaware has had teams for over 20. Team 365, Miracle Workerz is the oldest team still around in the state. Currently they are celebrating their 20th season. In the 20 years they have been in existence they have accomplished some amazing things:

Despite their busy schedule, Team 365 was kind enough to bring a couple robots and some FIRST promo material to the showcase.

While Team 365 brought both their FIRST Robotics Competition (FRC) Team and their FIRST Technology Challenge (FTC) Team, we had the ever popular Razor Steel Robotics, FTC team 12880 from Dover, Delaware drive up with their robot from this season. They were kind enough to bring this year's robot and show kids how cool this year's game, Rover Ruckus, is.

FRC Team 1807 paid a visit to Delaware providing brushbots kits for kids to build. Brushbots are simple and unique mini robots. The kits contain small rumble pack (think video game controllers), a battery, some wires, a big bristled brush, and googly eyes. Once assembled, they make up a small robot that moves based on the vibrations of the motors. #science

In the non-robot world, a local FIRST alumni brought his start up 360VR equipment and set up shop in a room. Typically, they create 3D maps of local buildings. Then, using virtual reality, first responders get to digitally explore buildings open to the public before needing to respond to an emergency. Great use of technology to solve real world problems, right?

Robots are Cool but What Actually Happened?

The event ran from noon to 5pm. Many of our attendees were local families with younger children. The kids LOVED playing with the different robots and getting an opportunity to experience virtual reality. 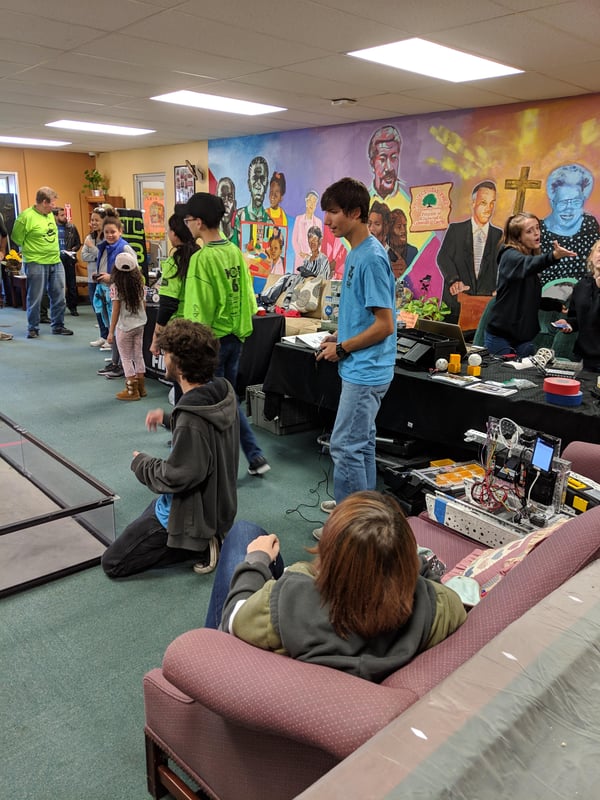 Overall, we had a blast and from what we can tell, our attendees did as well. Thank you Kingswood for allowing us to use your facilities along with FTC Teams 365, 12880, FRC Team 365 and 360VR for participating! 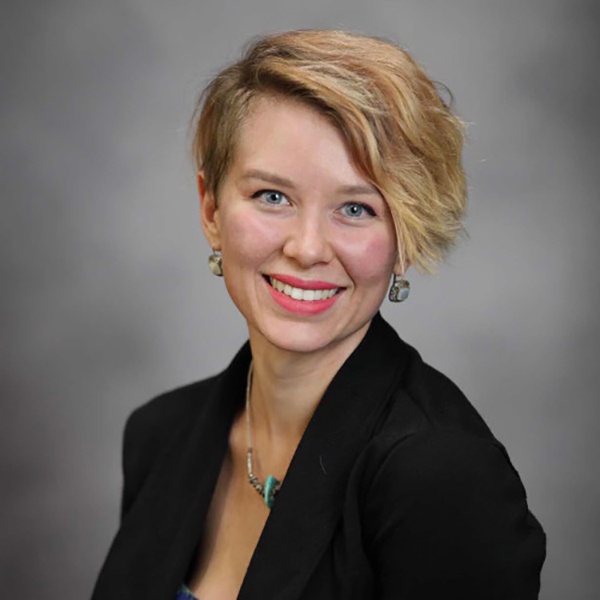 Nikki works with our clients and partners to create lasting impact through marketing technology solutions.